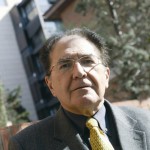 Time is moving very quickly and mentalities are not adapting at the same speed.

Only 30 years ago very few people in Europe knew about Catalonia. I remember a taxi journey from London to Heathrow during which I was speaking Catalan with a co-worker. The taxi driver, who couldn’t understand us, asked where we came from. On answering Catalonia, a long silence was the driver’s response. Realising that he was a little embarrassed not to know what Catalonia was, we added that the capital was Barcelona. The reaction was quick: Ah! Like Barca the football team?

Now 30 years have passed and almost everybody is aware of the situation in Catalonia without needing to mention Messi. Today, a lot of people in Europe are wondering why suddenly they have discovered that there is such a bitter divorce brewing between Catalonia and Spain.

The reasons why Catalonia has arrived at such a situation and is so committed to pursuing the process of independence are numerous and long-standing. We can summarise them as follows:

Historical reasons: The list of conflicts between Castile and Aragon starts with the dynastic union through the marriage between Isabel of Castile and Ferran of Aragon (1474). With that, it began the attempt to impose Castilian power over the Crown of Aragon’s (Aragon, Catalunya i Valencia) affairs using by sending viceroys from Madrid to Barcelona with the clear order to impose Castilian laws and customs.

Everything exploded with the war of Succession to the Spanish crown (1701) which provoked a European war between two dynasties, Bourbon (France and Castile) and Habsburg (Crown of Aragon and Austria). Catalonia hoped that by aligning herself with the member states of the Alliance (England, Netherlands, Portugal and Austria) and against France and Castile, her institutions would be better protected.

The conflict only ended in 1711 when an unexpected occurrence changed the course of events: Archduke Charles of Austria succeeded his brother Joseph I and inherited the Austrian throne, thus losing the support of England, where the Tory government distrusted the excessive power of the Habsburgs.

Then, without England’s support, Barcelona decided to continue the fight against France and Castile completely alone. This ended in disaster and in 1714 Barcelona was defeated. The Castilian army took Catalonia by ‘right of conquest’. Thus, the courts, laws, and universities were overridden and the Catalan language abolished from public administrations.

But the Catalan fight to restore our institutions has survived until today even under the yoke of strong dictatorships like Primo de Rivera’s (1923) and Franco’s (1936).

Cultural and linguistic reasons. One of the strongest obsessions of the Madrid Government since 1714 has been the eradication of the Catalan language from society. ‘If Catalan doesn’t exist, neither will Catalans’. Since 1716 (Nova Planta Treaty) more than 400 bills have been enacted trying to abolish the Catalan language. Since it is impossible to list them all here, I have selected the most significant from the list:

Finally, I have saved the most fascist utterance of all for last. Mr. J.L. Wert – Spain’s Minister for Education- proposed 5 years ago in the Spanish Parliament: “We must use the schools system to make Catalan children become Spanish”. Nothing needs to be added to further explain Spain’s attempts to attack the Catalan language

Economic reasons. The area where the force of repression has been most noticeable is Catalonia’s finances. Upon starting its period of dominance (1714), the Madrid Government created a new tax, named Cadastre, which multiplied by the level of Catalan taxes by 7.3. Needless to say, this was imposed in manu militari fashion through seizure of goods and imprisonment.

The plundering still is going on. At the beginning of the 20th century, in spite of so many difficulties, Catalonia became the heart of Spanish industry but this didn’t stop the Government from taking money from Catalonia’s coffers.

Finally, since the new transition in 1978, Catalonia has suffered a constant yearly deficit of 8.4% of Catalan GDP. This has lasted for over 35 years.

Evidently, an annual solidarity bill of 16.000 million € (8.4% GDP) for Catalonia to support poorer regions of Spain is an unbearable burden for the future of Catalonia if we want to achieve the levels of technology and social welfare found in the most advanced European countries.

The State imposes deficits in autonomous regions and then blames them in front of Europe.

The Spanish arrogance. Madrid serves no purpose unless it functions as the capital and the centre of the state. It is the product of centralized political will. The rest of the country can only survive if it is in control.

Only given this context can we understand the blundering deployment of the high-speed (AVE) radial train network (centre Madrid), which largely carries no passengers at ruinous expense. At least they can boast of having the second largest worldwide high-speed train network after China. Their honour is saved, regardless of who foots the bill. Their excuse is that they did it to unite the Spanish nation.

Finally, the most appalling example of arrogance and lack of empathy (what is this about empathy?) is the shameful account of the annulment of the Catalan Autonomy Statute in 2006.

This Autonomy Statute was approved by the Catalan Parliament, the Spanish Parliament and Senate and approved on referendum by the people of Catalonia with a 76% YES vote and 49% voter participation.

But Spanish pride couldn’t accept the humiliation of having a region with its own prerogatives which differ from those of other Spanish regions. A smear campaign against the approved Statute began, using insults such a former socialist minister Mr. Guerra’s ‘I am very proud to get the Catalan Statute swept away’. The Statute was cut down, generating a wave of indignation which has led us to the current situation.

To resolve this dispute, the Central Government proposes that we change the Constitution. They are talking seriously but it’s a joke because Spanish society feels very comfortable with the Constitution and has no desire to change it. Certainly, every Spanish citizen feels that the Constitution is a tailor made dress.

Catalan people accepted the Constitution of 1978 (under military pressure) hoping that the dress would not became a corset. Now most Catalans feel severely restricted in an abusive and suffocating way.

But we don’t have enough democratic power to change the situation. Logically, Spanish society sees things in a different way: they don’t want to understand the hopes and problems of Catalanism. The sad conclusion of this scenario is that there are only two possible outcomes: resignation or rupture.

The Spanish Government has resisted by active and passive means any dialogue on the Catalan requirements: financing, language and jurisdiction. In fact, the Government insists on centralisation to a grotesque extreme.

It has become clear to the majority of Catalan people, after five years of huge demonstrations of a scale never seen in Europe (each with more than one million people), that the Government is not going to listen and the lack of empathy is such that only with our own independent state we will be able to enjoy free democracy. The decision is: Independence or decadence. 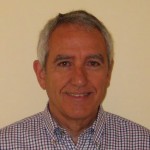