The Catalan drive for independence represents the European Union’s worst territorial crisis ever, within the continent (that is, excluding decolonization). Spain causes the Union such trouble because it is not a democracy by European standards. If it were, we Catalan pro-independence supporters would have obtained an agreed-upon referendum many years ago –and possibly lost it.

We have worked very hard for the world to pay attention to our case. We have denounced in Brussels scandals such as Operation Catalonia (by which the deep state was fabricating evidence to discredit Catalan pro-independence politicians); the political trials against Catalan officials after the popular consultation of November 9th, 2014; the criminal prosecution against the Catalan Parliament Speaker after a debate on independence; the continuous erosion of democratic standards and separation of powers by the Spanish government; the degradation of the Constitutional Court into a kangaroo court subservient to the Executive; and all the catalanophobia. It was very hard to get any traction abroad.

Even before the referendum on October 1st, the Spanish repression had already given us internationalization (and the triumph of the Yes). Even the European Commission President Jean-Claude Juncker may have been hedging his bet a bit on the Catalan question, when he hinted that the Commission would respect a vote for Catalan independence. Juncker owes his position to Spain’s government party Partido Popular and so far has taken the European Commission with him in unconditionally siding with Spanish Prime Minister Mariano Rajoy’s heavy hand.

In the run-up to the referendum showdown, Rajoy’s partners and major western newspapers were stunned by the lack of any strategy in Madrid. They do not understand how the Catalan conflict is supposed to go away, let alone how Spain plans to get out of this escalation.

No, the Catalan case is not an “internal affair”. Off the record, European officials recognize that the Iberian crisis is a big deal (‘This is huge!’), and that Madrid violates European democratic standards. But nobody wants to be the first to say it.

For many years, European capitals have been aware of the many limitations of the democratic regime that was born in Spain after dictator Franco’s death in 1975. But before the Catalan uprising, Spain was considered an alright partner that didn’t cause too much trouble.

Now the government has brutally beaten its own peaceful citizens, and broken the democratic principles, civil rights and fundamental freedoms recognized by Spanish, European and international law. Rajoy acts desperately, invoking a sacred and unreformable Constitution while implementing a covert state of emergency without any guarantee. In the weeks prior to October 1st, we lost the fundamental rights of freedom of information, freedom of expression, freedom of assembly, freedom of the press and the inviolability of correspondence. With public prosecutors who pursue hundreds of mayors and try to take on competencies in public security, Spain barely even pretends to respect the democratic separation of powers.

The international scandal can no longer be disguised. Major newspapers, including the Financial Times, Le Monde, and the Frankfurter Allgemeine -none of them friends of Catalan secession- criticize the Spanish government harshly. Amnesty International and Human Rights Watch consider the use of force on October 1st “excessive” and “disproportionate”.

Sadly, so far, the European Commission stands firm by its Member State. But the political cost of turning a blind eye on Prime Minister Rajoy’s violations of human rights is mounting.

I am dissapointed but not surprised with the European Commission’s crude Realpolitik.

I would like to watch the videos of police repression of peaceful voters in Catalonia together with Commission’s number 2 Frans Timmermans, and ask him to deny again that this was disproportionate use of force.

On October 1st, 2017, I arrived with many others at a Barcelona school before 5 AM, to offer peaceful resistance to any attempt to seal it off and prevent voting. People had been sleeping at schools all over Catalonia since Friday.

We were among the lucky ones. We were not attacked. Less than 200 yards from us, a polling station was raided by Spanish anti-riot police: respectable ladies were hit (including our minister of Education) and a ballot box was confiscated. They only managed to pull out one.

The Spanish government is so revengeful and petty, that it targeted first the schools where President Carles Puigdemont, Speaker Carme Forcadell, and former President Artur Mas were supposed to vote. Their friends and neighbors are among the injured. These Catalan officials voted anyway thanks to an online universal census, valid everywhere. The assaults spared a major city, Badalona, which the ruling People’s Party hopes to recover in the next municipal election. This isn’t exactly the rule of law, is it?

The volunteers in our school kept up-to-date on police movements through social media, and also sent watchmen to nearby streets. We were ready to lock the gates on short notice. I felt a mix of fear and indignation throughout the day.

My daughter asked her father at home if Mom would be beaten. Catalan children now fear Spanish police the same way I did under Franco. Old times are back.

All over Catalonia, citizens stood defiantly for their rights. In many places, the police and paramilitary units left empty-handed. Peaceful resistance thwarted the government’s plans to abort the referendum: over 2,2 million votes were protected and counted, representing 42% of the census. Three million voters had been ID’d, representing over 56% turnout, but 770,000 votes were stolen by a violent and demophobic state. No wonder the Yes vote shot up exponentially to a whopping 90%!

A former international basketball player, Xavi Fernández, told the press that he was on the way to vote “No” when he was beaten up by paramilitary police in front of his polling station in Sant Julià de Ramis. He ended up voting “Yes”.

Catalonia managed to celebrate a referendum on self-determination under extreme repression. Voters kept flowing to the polls despite the awful images shown on television. We feel very proud that we succeeded in defending our democratic rights and dignity.

The Spanish political regime born in 1978 has run its course. It cannot handle the Catalan challenge and will not survive it.

Spanish authorities at the highest levels feel so angry and humiliated that they are capable of further and worse repression. They are inciting the masses against Catalonia on a daily basis. Even the King Felipe IV.

The next days and weeks will be crucial to gain and secure our freedom. If Catalonia does not manage to break away, we will be crushed.

Catalan President Carles Puigdemont said: “For the EU, it is much easier to grandstand and lecture on human rights in Cambodia than inside its territory”.

We now know that the European Union will not defend us. 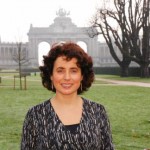